LEEDS—A body discovered in the woods in Leeds has been identified by the Leeds Police Department as a missing Harpersville man. 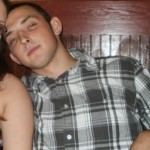 Anthony Gibson, 22, was reported missing from Harpersville since July 2. He was last seen driving a 1998 white Ford Escort with a rear bumper sticker that reads “My Child Shines at Oliver Elementary,” according to a July 8 news release from the Leeds Police Department.

“We got the call about 6 p.m. Sunday evening,” Jackson said. “The burns were so severe we couldn’t tell what sex (the body) was.”

Due to the severity of the burns, the body was not identified as Gibson until the evening of July 7, the police department released the identity of the body on July 8 after the family was notified, Jackson said.

“This is by far the worst news we possibly could have received, and although we were praying for a more positive outcome we now know that Anthony is no longer hurting or aching or having to deal with this cruel awful world,” a July 7 post from the BRING Anthony Gibson HOME Facebook page read.

The Leeds Police Department is currently investigating the case, which is classified as an open homicide investigation.

“Deaths are all considered homicides until (cause of death) is identified,” Jackson explained.

The Leeds Police Department was working to locate Candie Zito, 30. Zito was wanted for questioning in the death investigation and for felony theft of property.

Zito was apprehended by the Davees County, Ind., Sheriff’s Office on July 11 following a high speed chase that ended in a traffic accident, the Leeds Police Department confirmed in a July 11 news release.

At the time of her arrest, Zito was driving the 1998 white Ford Escort Gibson was last seen driving, the release said. Zito was with her cousin, Cory Zito, “who may have felony warrants outstanding in Louisiana,” the release read.

Candie Zito was transported to an area hospital following the traffic accident. According to the release, her medical condition is unknown at this time. 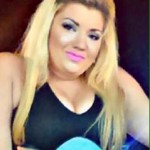 Teen chefs hone their skills at Thyme to Cook…