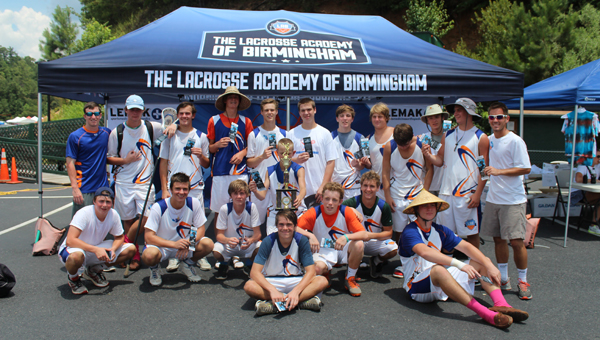 NORTH SHELBY – From July 11-12 the Lacrosse Academy of Birmingham will host its second annual Steel City Showcase at Sports Blast Shelby County. In the showcases’ first season, there were 43 teams that came to compete, according to operation manager Mikki Bice, and that number is up slightly to 46 this year, with teams from Alabama, Louisiana and Tennessee coming to participate.

The Lacrosse Academy of Birmingham (LAB) is in its fifth summer and is a 501(c)(3) nonprofit. The Academy strives to serve Shelby County and Jefferson County athletes, touching a number of communities in both counties. LAB has, in the past, been one of five national recipients of the National Community Award by the Bill Belichik Foundation for their work. This showcase is a way for college coaches to get a look at a number of players and an opportunity for the kids to play against different competition.

Teams from the U11 age group up through high school will be in attendance, Bice said. Last year, the tournament was a national qualifier, but is not this year.

Each team is guaranteed at least five games over the two-day tournament. There are eight team brackets with three-game pool play on Saturday, which will precede the championship brackets on Sunday. All games will be played at the Sports Blast Shelby County location.

There will be seven different groups participating in the tournament. They will include one U11 age group, two U13 age groups, two U15 age groups, and two high school age groups. The three age groups with two separate groups will have an A league and a B league.