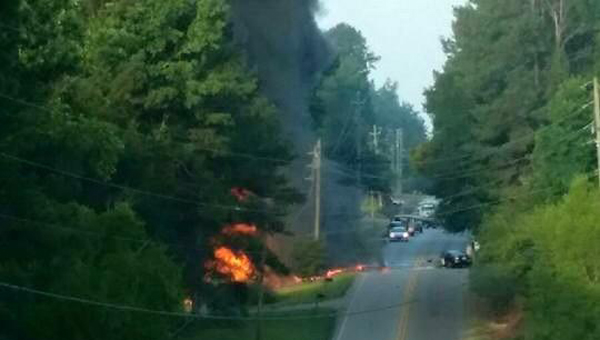 First responders are on the scene of a Hazmat incident caused by a tank truck veering off the road, taking down all the power and cable lines in its path. (Special to the Reporter / Marshall McDowell)

By JESSA PEASE / Staff Writer  PELHAM—First responders are on the scene of an accident involving a tank truck on County Road 11 near County Road 52. The Hazmat incident was caused when the tank truck veered off the road at about 7 a.m., taking down all the power and cable lines in its path. 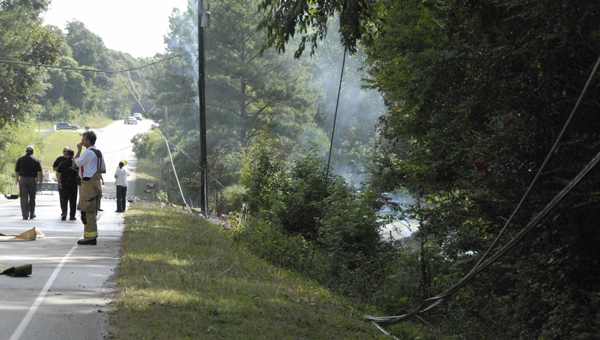 The accident caused significant damage to the power lines, and there have been reports of power outages in the area. (Reporter Photo / Jessa Pease)

Pelham Police Department, Pelham and Chelsea Fire Departments and the Shelby County Sheriff’s Office are responding to this situation. Deputies have closed both lanes of about four miles of County Road 11, from Old Highway 280 to County Road 36, until the teams have safely cleared the scene. Pelham Police Chief Larry Palmer said he expects responders to be on the scene until about 2 p.m. today.

Damage to the power lines caused a power outage in this area, and Palmer said the scene will require utility work before everything is working properly. Alagasco and Charter trucks were already on the scene with responders.

Pelham Police Department and the Shelby County Sheriff’s Office will be releasing updates throughout the day as they gain more information.

View footage from the scene at skybama.com/hwy-11-pelham-tanker-fire-accident-aerial-video. Video by Alabaster resident Kevin Henderson.