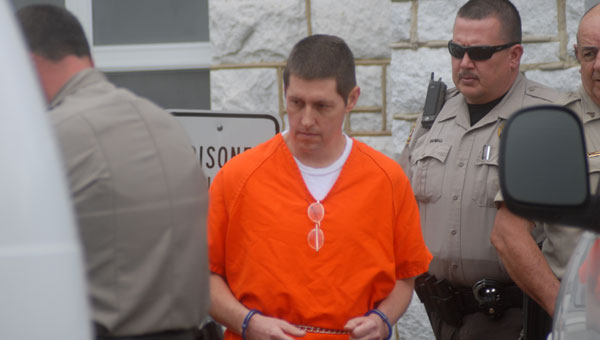 BIRMINGHAM – A lawsuit pending against a longtime Alabaster teacher who pleaded guilty in 2012 to sexually abusing more than 20 girls during his teaching tenure likely will move forward in U.S. District Court after early 2016, according to court documents.

In February, District Court Judge Virginia Hopkins issued an order extending multiple deadlines in a lawsuit brought against Daniel Acker Jr. and the Shelby County Board of Education in February 2014.

Acker was sentenced to 17 years in prison in May 2012 after he pleaded guilty to eight counts of sexually abusing underage girls during his more than 20-year teaching tenure in Alabaster.

The lawsuit was brought against Acker and some past and present members of the Shelby County Board of Education by one of Acker’s former students, Kristin Hurt, and six other unnamed plaintiffs.

In August 2014, Hopkins denied a request by the original plaintiffs’ attorney to grant the case class-action status, opening it to “Any current or former female student during the time period that Dan Acker (Jr.) worked for (the) Shelby County School Board who was either injured, sexually harassed, abused or molested by Dan Acker (Jr.), or who witnessed such conduct or who was exposed to a sexually hostile education environment through Acker’s conduct.”

In January 2015, attorneys for the Shelby County Board of Education and former members Lee Doebler and Steve Martin argued the defendants should be removed from the lawsuit due to the statute of limitations in the matter and because state agencies are immune from such lawsuits.

According to court documents, June 1 was the deadline for more plaintiffs to be added to the lawsuit, leaving the final count at seven plaintiffs.