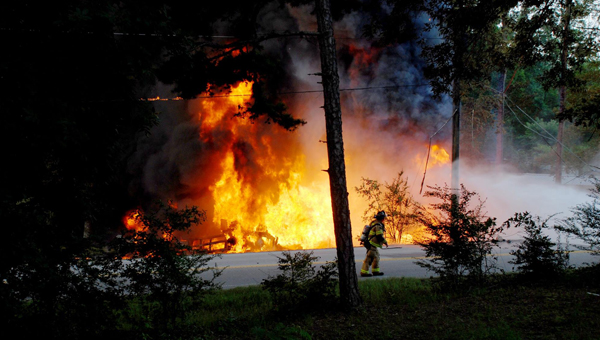 Pelham Police Department was busy July 8 at the scene of an accident involving a tanker truck and a Honda Accord on County Road 11. (Contributed / Joe Williams) 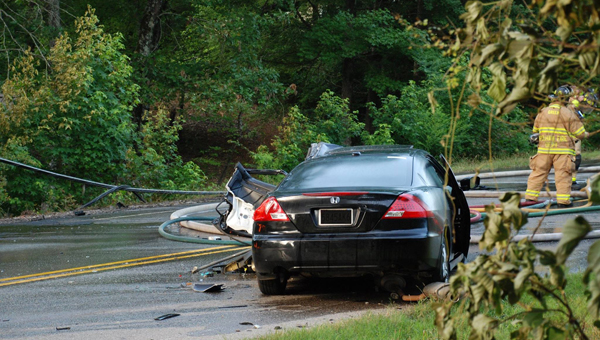 The driver of the Honda Accord was identified as 18-year-old James Bradley Ferguson of Chelsea. Ferguson died of his injuries shortly after arriving at UAB Hospital. (Contributed / Joe Williams)

Pelham Police released the identities of the drivers and passengers involved in the collision in a July 9 report. The driver of the Honda Accord was identified as 18-year-old James Bradley Ferguson from Chelsea, and his passenger was 18-year-old Kobe Alen Grayson who was also from Chelsea.

The driver of the tanker truck was identified as 40-year-old David Shannon Ramey from Crane Hill, and the passenger was 41-year-old James Gregory Ferguson from Oakman. Ramey is still in critical condition at UAB Hospital, and Ferguson is listed in stable condition at Trinity Medical Center.

According to a report released July 8, Pelham Police and Fire Departments were notified at 6:45 a.m. of the traffic collision. The first police unit arrived at the scene within three minutes and found the 18-wheeler tanker truck overturned and on fire. Ramey was still inside the truck and an officer was able to pull him from it before the cab was engulfed in flames.

Pelham Police Department’s preliminary investigation revealed that a southbound Honda Accord crossed the centerline of County Road 11. The 18-wheeler was traveling northbound, and allegedly took evasive action when the Honda entered its lane.

The vehicles collided almost head-on and the tanker truck left the roadway, taking down all the power and cable lines in its path, and overturned. The tanker, which was loaded with about 9,000 gallons of gasoline, began to burn. The resulting fire caused damage to a mobile home, a passenger car, a utility pole and several utility lines.

The tanker truck was operated by Paden Trucking, LLC from Logan. The traffic collision is still under investigation by the Pelham Police Department and members of the Shelby County Traffic Homicide Investigation Task Force.

Because of the damage to the power lines, power outages were reported in the area. Pelham Police Chief Larry Palmer said the scene will require utility work before everything is working properly. Alagasco and Charter trucks were already on the scene soon after the incident.