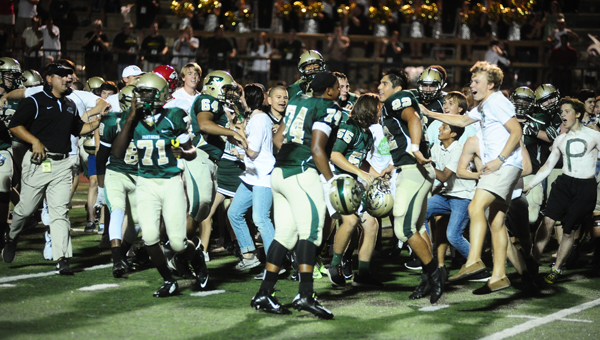 Pelham has a new coach at the helm, and the program is hoping for big things in 2015. (File)

And here we are again, and here we go again. Part five of the way-too-early-prediction machine turns its crystal ball to one of the four teams in the county with a new head coach, the Pelham Panthers.

Tom Causey comes to town by way of Demopolis to pull the Pelham program up by its shoelaces. Causey, who spent the last eight seasons amassing a 67-29 record with the Tigers and winning a 5A state title in 2008, will be in charge of leading this team that hasn’t won a playoff game since 2006. While the rebuilding job is daunting and there is youth spread throughout the Panther’s roster, Pelham has found their man to eventually mold that roster into a competitive squad.

The Panthers are young in a number of places, especially across the front line of the offense and defense. On the offensive line, the only returning starter is Whit Wood, a rising junior, who will be the right tackle. The other four linemen will all be sophomores, and Pelham will take some lumps in the trenches early on while the line gets its bearings. Jere Spiller and Colby Thomas will provide the only limited game experience on the defensive front of Causey’s 4-2-5 alignment. Spiller will work at defensive end while Thomas will be on the interior at defensive tackle. Pelham’s season will in large part be determined by how well or poorly its offensive and defensive lines play.

Another one of the immediate issues Causey will have to deal with is the exodus of former quarterback Logan Burnett, who has moved to AISA power Bessemer Academy after his father, former head coach Brett Burnett, was let go to bring in Causey. The quarterback race has not been ironed out just yet, but junior and former wide out Elisha Hudson is the lead candidate for the job. Freshman Matthew Rye has also impressed the coaching staff through the spring and summer. Hudson is a dual-threat athlete, and can put the ball where it needs to be, especially for a converted receiver, but has to continue to work on his footwork and the finer points of the quarterback position.

Helping Hudson or Rye will be Giovanny Aidan and Nicholas Blackburn, 1A and 1B running backs for Pelham who both will be seniors and will be the rocks in the backfield. Aidan plays soccer as well, and has the speed and field vision to make a real difference on the offensive side of the ball.

The linebacking corps is potentially the strongest unit Pelham will roll out in 2015. Causey’s scheme utilizes just two linebackers by name, but the third safety in the secondary acts as a spur linebacker, coming up to stop the run as often as he drops back into coverage. Jon Drake and Conner Christian will see action as the two linebackers, while Malik Copeland will act as the spur. The linebackers will be responsible for directing the defense and holding down the proverbial fort.

Pelham only won three games in 2014, and finished just 2-5 in Region 5 of 6A. Homewood was the only team to win a game in the playoffs in Region 5, and no team in the region was ranked in the top 10 last season in class 6A. The region looks to be as wide open again this season, for whoever can step up and claim it.

Way-too-early prediction: Causey is the man to get this program where it needs to be, but this is going to be a multi-year job. With both sides of the line relying on so many players with little to no game experience, and with the task of working in a new quarterback, it’s tough to imagine this Panther team getting to the playoffs. The Panthers will be competitive again this season, as they were last year when they lost three region games by eight points or fewer, but this team is still a year away from the playoffs, and will finish the season 4-6. 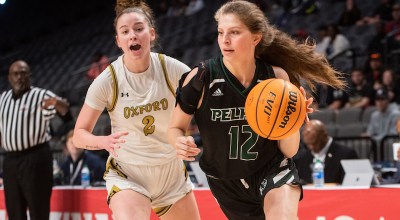