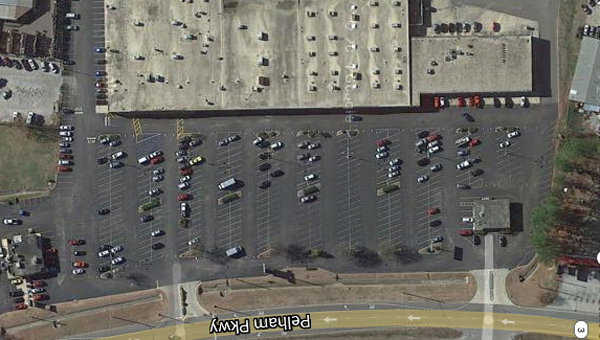 Burger King will take over the space currently occupied by Golden Rule Bar-B-Que off U.S. 31 in the shopping center near Mi Pueblo Supermarket. (File)

PELHAM— The Pelham Planning Commission approved a proposal from Locke Pelham, LLC at its July 9 meeting for a new Burger King to replace the existing Golden Rule Bar-B-Que off U.S. 31.

The new site, located in the shopping center near the Mi Pueblo Supermarket, would virtually take over the same footprint Golden Rule currently occupies. Premier Kings Inc. will develop the project. Premier Kings vice president and general counsel, John Howard, spoke on the development at the meeting.

“We are looking to put a brand new Burger King in the old Golden Rule site,” he said. “It’s going to be a current image, first-class facility.”

This is the second time Locke Pelham has brought this project before the planning commission. The commission heard the proposal at its Jan. 8 meeting, but the project wasn’t approved.

Pelham Mayor Gary Waters explained that the request was first denied because the exceptions were too numerous from issues with the sewers to parking to the water lines. He also said that he has never seen a request for anything come through the commission that hasn’t been presented with stipulation.

“Since then, the individuals representing Burger King in this plan have been very cooperative in answering every question,” Waters said.  “Our last meeting, we found we had a problem with the water line being underneath the drive-thru lane, and they have since shifted the footprint of the building. Considering that we pass initiatives all the time with stipulations, I would like to make a motion that this is approved as presented.”

The board unanimously approved the proposal. Howard said he hopes to have construction begin in August.

Also at the meeting, the Planning Commission unanimously approved the proposed 40-lot Grey Oaks Subdivision. Grey Oaks Properties, LLC is the developer for this project.

This is the last stage of this sector two phase two of the development. The designing engineers with the resurveyed the land and conducted a floodplain study in order to place all the lots outside of the plain.

“They’ve done everything that they needed to do,” City engineer Jesse Jowers said.

Jowers did mention that one of the lots, Lot 36, of the proposed project might not fit the home properly. It would be a pretty tight fit, but the developer said he is going to try to make something work with the space. If needed, the developers would resurvey that property.