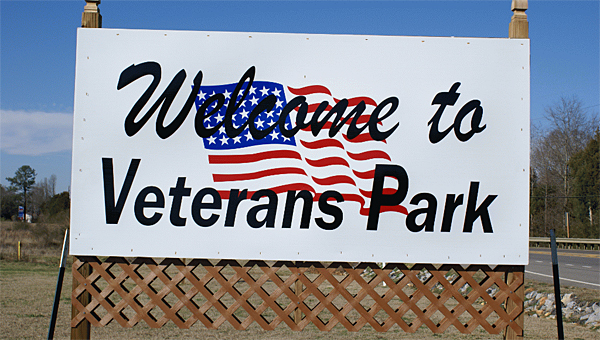 Alabaster has set up cooling stations at four city parks, including Veterans Park off Alabama 119. (File)

ALABASTER – With high temperatures forecast to hit the mid-to-high 90s through the next several days, the city of Alabaster has set up emergency cooling stations at four parks throughout the city.

Alabaster set up the cooling stations at Veterans Park off Alabama 119, Buck Creek Park off Sixth Avenue Southwest, Abby Wooley Park off Simmsville Road and Municipal Park off Warrior Drive on July 13, and will have them set up at least through July 22, said City Manager George Henry.

Each outdoor cooling station will include misting areas, fans, bottled water in coolers and a tent for shade.

According to the National Weather Service Birmingham office, high temperatures will hit at least 93 degrees in Shelby County each day through at least July 22, and heat indices will top 100 degrees nearly every day.

On July 13 the NWS had issued heat advisories for Shelby County and much of central Alabama, and was encouraging locals to refrain from conducting strenuous outdoor activities as much as possible during the heat of the day.

“The Occupational Safety and Health Administration recommends scheduling frequent rest breaks in shaded or air-conditioned environments,” read the alert. “Anyone overcome by heat should be moved to a cool and shaded location.”

Alabaster Mayor Marty Handlon said the city decided to set up the cooling stations after the NWS issued its temperature forecast.

“For older citizens, and even young kids, we need to make sure we make it possible for them to stay hydrated and cool while they are enjoying outdoor activities, especially if they don’t have a place to go to stay cool,” Handlon said. “When I saw the forecasted heat index to be at or near 100 degrees for the next 10 days, I felt it important to activate our cooling stations.”

While the cooling stations are open, city personnel will regularly check on them to ensure they are stocked, and to make sure no residents are in need of emergency medical attention, Handlon said.