HARPERSVILLE—A 27-year-old Harpersville man is being held under bonds totaling more than $1 million after being arrested on numerous drug charges on July 12. 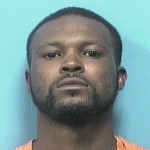 Arrest warrants were issued for Bean in 2014 following an investigation by the SCDETF.

“We conducted an investigation on him back in 2014,” Capt. Kevin Turner with the SCDETF said. “Then we served a search warrant at his house back in 2014.”

Bean was not home at the time of the search, resulting in the open arrest warrants, Turner explained.

According to arrest warrants, Bean was allegedly in possession of more than 2.2 pounds of marijuana on Oct. 22, 2014, resulting in a felony drug trafficking charge.

Bean was also charged with allegedly distributing crack cocaine near Bridle Trail in Harpersville twice in September 2014, possession of “synthetic cannabis” in October 2014, and illegal possession of amoxicillin trihydrate, a prescription medication to treat bacterial infections, in October 2014.

According to court documents, Bean has previously pleaded guilty to five felony charges of distribution of a controlled substance in Shelby County.

“He’s got a history with the county and the Drug Taskforce,” Turner said of Bean.

Trafficking marijuana is a Class A felony. If found guilty, Bean could face up to life in prison.