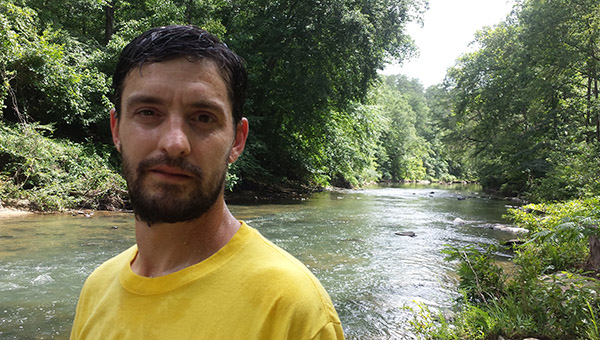 The Cahaba Riverkeeper recently annouced that David Butler will begin his new position as the first full-time Riverkeeper. (Contributed)

BIRMINGHAM–The Cahaba Riverkeeper has announced the hiring of David Butler as their new full-time Riverkeeper for the first time. Butler assumes his new position effective immediately.

Butler has served CRK as a board member and active member of the Water Quality Sampling Committee.

For the past two summers, he has volunteered for weekly bacteriological testing on the river in an effort to provide the river community with timely information about water quality.

“I am humbled by my appointment as Riverkeeper for an organization that is becoming known for its systematic, scientific testing of high-use swimming and boating sites,” said Butler.

In the summer months, Cahaba Riverkeeper tests from Trussville to Helena for pathogens that could be harmful to humans and wildlife.

In spring 2015, Butler led the successful Renew Our Rivers cleanup in Helena. He has also been a strong advocate for cooperation among parties interested in the health of the Cahaba River.

“The time has come to expand our work along the Cahaba River,” said Crawford. “I know of no one who spends more time on the Cahaba River than Dave. He is on the water almost every day and has been a high-value partner in identifying problems on the river and helping us resolve them, whenever we can.”

The Riverkeeper’s responsibilities include coordinating efforts to monitor water quality in the river, with targeted investigations when needed, and updates to the Waterkeeper Alliance Swim Guide.

The Riverkeeper lobbies for passage and enforcement of river-friendly legislation and works with staff to develop outreach and restoration programs in the watershed and with business/ industry to implement river-friendly development practices.

Butler, owner of Canoe the Cahaba recreational outfitter, holds a journalism degree from the University of Alabama and is currently enrolled in the Birmingham School of Law. He previously has worked in the financial research community after studying finance at the University of Kentucky.

Butler is also a board member of the Friends of the Cahaba River National Wildlife Refuge located in Bibb County. He also serves on the Advisory Board for the Cahaba Environmental Center at Living River and he has taken an active role in improving recreational access to the Cahaba River.

“Dave has consistently demonstrated his ability to connect the people to the river,” said board president Peggy Gargis. “Naming him as the Cahaba Riverkeeper is a natural and appropriate step for our organization and an acknowledgement of how much of himself he devotes to the well-being of the Cahaba and its watershed.”

Cahaba Riverkeeper’s mission is to defend the ecological integrity of the entire Cahaba River watershed, including the main stem Cahaba and its tributaries. A community-based, nonprofit dedicated to exploring the science of the Cahaba, the organization seeks to engage citizens of its watershed to help ensure clean water, a healthy aquatic environment, and the recreational and aesthetic values of the Cahaba.