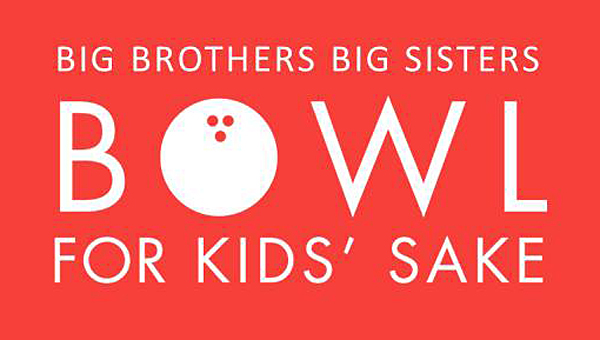 PELHAM – The Alabaster-based Big Brothers Big Sisters of Shelby County will give locals a chance to have fun while helping to create better lives for at-risk teens during an upcoming event in late August.

BBBS of Shelby County is hosting its first “Bowl for Kids’ Sake” fundraiser at Oak Mountain Lanes in Pelham on Friday, Aug. 21, and Saturday, Aug. 22.

All money raised through the event will be used to help match Big Brother and Big Sister mentors with Shelby County students facing adversity. The organization’s Shelby County branch has been in operation since 2013, and moved to its current office in the Alabaster Parks and Recreation’s depot building in 2014.

Big Brothers Big Sisters of Shelby County made 100 student-mentor matches in 2014, and is shooting to hit 200 matches this year.

Through the fundraiser, BBBS is encouraging Shelby County companies to create a bowling team to compete in the event. Each bowler on a team will be responsible for raising money through an online fundraising page.

“This event is such a fun way to raise money and awareness about what we do. It’s a great way for companies to do some team building, while also giving back to the community,” Big Brothers Big Sisters CEO Sue Johnson wrote in a statement.

Those interested in participating in the fundraiser should visit Bbbsbhm.org/bowl or by contacting Shelby County Program Director Kim Egan at knegan@bbbsbhm.org  or 378-4050.