ALABASTER – A 30-year-old Alabaster man who is facing allegations of intentionally setting a local apartment building on fire has been released from the Shelby County Jail after posting a $60,000 bond on July 15. 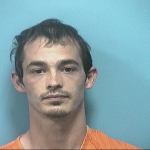 The Alabaster Police Department arrested Robert Allen Bryant, who lists an address on Woodbrook Circle, on June 12 and charged him with one felony count of first-degree arson. The arrest came as the result of an Alabaster Fire Department investigation into an early June blaze in the Montevallo Place apartment complex off Alabama 119 south.

Alabaster Fire Chief Jim Golden said the department responded to the fire call on the afternoon of June 4, and discovered the blaze in one of the apartment complex’s units.

Golden said firefighters extinguished the fire before it could spread to other units, and said nobody was injured in the incident.

After the incident, Fire Department investigators looked into the cause of the blaze and later classified it as an arson case, Golden said. According to Bryant’s arrest warrant, “multiple residents” were in the building at the time of the fire.

“They received some information that led them to believe it was intentionally set,” Golden said. “We are thankful that it didn’t turn out worse than it did, and that no civilians or responding firefighters were injured.”

Bryant remained in the Shelby County Jail for more than a month before he posted bond on July 15, according to court records. He is scheduled to appear in Shelby County Circuit Court on July 29 at 8:30 a.m. for a preliminary hearing.

First-degree arson is a Class A felony, according to Alabama law. If convicted, Bryant could face up to life in prison.