COLUMBIANA – A 42-year-old Wilton man is being held in the Shelby County Jail without bond after he was charged with allegedly altering the identity of multiple vehicles and violating the conditions of his bond. 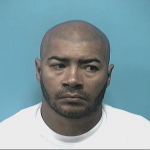 Donzal Stabler, who lists an address on Depot Street in Wilton, was booked into the county jail on July 10 after he was arrested by the Shelby County Sheriff’s Office and charged with felony counts of first-degree receiving stolen property, obscuring the identity of a vehicle and operating a vehicle theft facility.

When he was arrested on July 10, he was out on bond for the late April charges, and had his bonds revoked, according to court documents.

All of Stabler’s charges came as the result of an Alabama Law Enforcement Agency investigation.

According to his arrest warrants, Stabler allegedly operated a facility “for the purpose of altering, dismantling, reassembling or concealing the identity of a stolen” Ford F-350 pickup truck.

Stabler also was allegedly found in possession of the F-350, which had been reported stolen by the Linden, N.J., Police Department, a 2007 Hyundai Sonata, which was the property of Central Auto Sales in Alabaster, and a 2000 F-350 crew cab, which was owned by the Occidental insurance company.

He has been charged with allegedly altering the vehicle identification number of the two Ford pickup trucks.

A motion filed on July 13 by Stabler’s attorney, Erskine Mathis, asks for bonds to be reinstated for the suspect, and claims he was charged with “obscuring identity of a vehicle and operating an auto theft facility without cause.”

“On July 1, 2015, the state served a search warrant on the defendant and arrested him for receiving stolen property first degree after he had produced a bill of sale and after the owner of the car the state alleged was stolen came to defendant’s location and advised the state that he owned the car and it was not stolen,” read the motion.

Stabler is scheduled to appear in court on Aug. 5 at 8:30 a.m. for a preliminary hearing, during which Circuit Court Judge Dan Reeves will rule on Stabler’s request for a reinstated bond.