Why we don’t go to the gym, and how to get past our fear 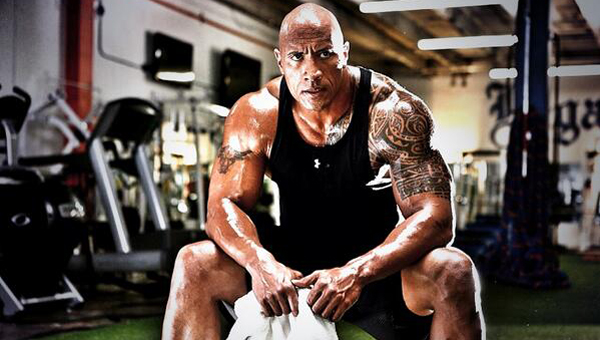 I’m going to make some sweeping and potentially wildly incorrect assumptions about you. You don’t work out and eat as well as you should. If you wake up four times a week at 5:30 a.m. to go on a 45-minute run and/or have a gym in your garage that you use daily and eat kale for lunch and organic chicken (#gainz) for dinner, well, good for you, but you can probably stop reading this now. For everyone who has thought about getting back into fighting shape, but just hasn’t gotten around to it yet, this is for you.

Why don’t we get in shape? We know we should. Science and doctors and mothers all seem to agree that being in shape is better than not being in shape. I have one thought/observation on this, and hopefully two suggestions we’ll all take under consideration. If you’re asking yourself, what makes me qualified to dole out advice on this topic? Well, as a former athlete who quit Crossfit because it was hard and hasn’t lifted a real weight in about, oh, six months (two years, but whatever), I am one of you, and can’t think of anyone I’d rather hear advice from than someone in my exact situation.

Thought/observation: The first and greatest deterrent to entering a gym is the fear that everyone at the gym is bigger, better looking, more socially aware and generally more fun than us. This is the Dwayne “The Rock” Johnson phenomenon. This is self-explanatory. Essentially, we’re scared everyone at the gym will look like Dwayne Johnson when we do not. We super do not look like Dwayne Johnson.

In response to this, one, nobody is going to look like Dwayne Johnson. He’s a famous person who is famous for being physically perfect. No one can handle that man’s thunder. There is a nugget of realism here though, obviously. People who go to the gym consistently will be in better shape than us, and the prospect of working out, or doing anything, in front of someone who is better than us at that thing is not something we’re usually going to do voluntarily. Nobody wants to struggle to pump out eight reps of 125 on bench when there is some meatstick lurking, waiting for you to finish so he can take the weight you just got a hernia trying to lift and throw it through the ceiling. That’s emasculating and sad.

Even if he’s an incredibly nice guy, the thought in your mind is he’s silently laughing at you, judging you for being bad at exercise. There are two solutions to this problem, which may or may not be real. One, punch him in the face. Smile at him, endearingly, and walk over to him like you are going to pay him a compliment about how proportional his delts are to his quads, then drop him. Or, go the other way and embrace him, tenderly. No one will ever, ever bother you again in that gym. These are the First Day of Prison and the Ronnie “Sunshine” Bass plans, respectively.

Just something to think about, but we all know we’re not going to the gym any time soon, so it’s kind of a moot point anyway.