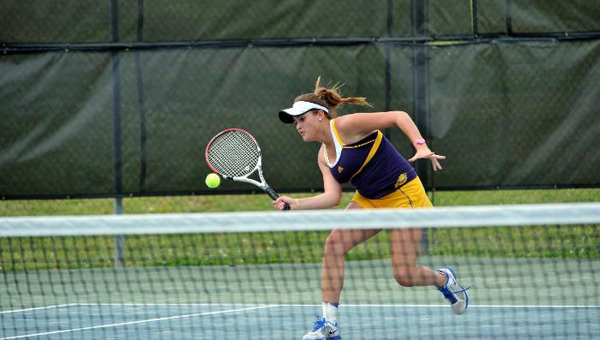 MONTEVALLO, Ala. – The University of Montevallo women’s tennis team has been recognized with an Intercollegiate Tennis Association (ITA) NCAA Division II All-Academic Team award for the 2014-15 season and six team members were named Scholar Athletes by the association.

The ITA All-Academic Team award is open to any ITA program that has a cumulative team grade point average of 3.20 or above on a 4.00 scale.

All eligible student-athletes whose names appear on the eligibility form and have competed in one or more varsity matches must average into the GPA for the current academic year.

In order to be eligible to be an ITA Scholar Athlete, a player must be a varsity letter winner, have a GPA of at least 3.50 and been enrolled at their present school for at least two semesters.