Improvements wrapping up at Peavine Falls 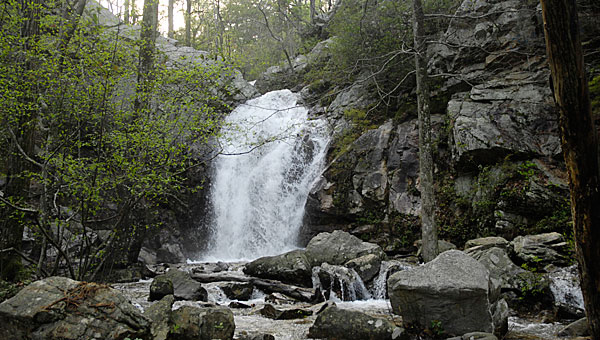 Peavine Road is currently undergoing construction projects, such as expanding the parking lot, adding a vault toilet and work to the side roads and back crossings. (Contributed)

PELHAM—Visitors to Oak Mountain State Park might have noticed that Peavine Road has been closed for several days because of improvements to the area. Many projects are near completion at the falls.

“It’s taken a little longer than anticipated because we’ve done more than we set out to,” said park Superintendent Kelly Ezell. “In the end, though, it’ll be worth it.”

Although the waterfalls aren’t as popular an attraction during the heat of July and August, the spring and fall make Peavine Falls one of the most popular areas at Oak Mountain, according to Ezell. During those months, she said the parking lot would get crowded quickly, and cars would start to park along the side of the road.

Oak Mountain is expanding the parking lot to give visitors more space and to maintain access for emergency vehicles to Peavine Falls. The highly populated area has also never had a permanent bathroom, only portable ones, so Ezell said they will be adding a toilet.

The new fixture will be a waterless, vault toilet similar to the one that was recently added to the North Trailhead at the park. Ezell said the new toilet should be competed in a couple weeks.

The park will also be doing work to the sides of the road and the back crossings. Ezell said the overall goal of these improvements is to make the area safer. All the improvements are being made through Shelby County and Alabama Department of Conservation and Natural Resources.

Peavine Falls is about 65-feet tall and has more water in it after a heavy rain. It is a steep climb in and out of the waterfall for guests who want to see the front and play in the pool of water below.

The Helena City Council approved a loan that would purchase a new fire truck for the Helena Fire Department at... read more