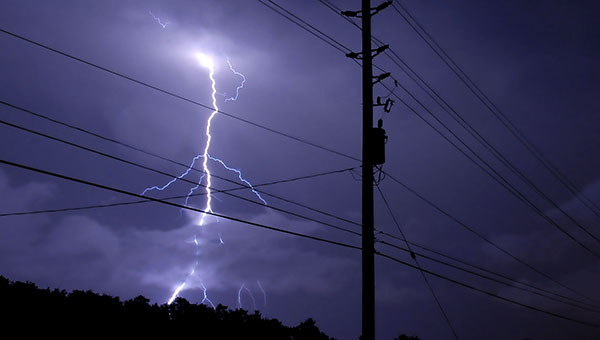 Shelby County has adopted a county-wide lightning safety policy for all outdoor venues and parks within the county. (File)

COLUMBIANA–With numerous county parks and outdoor venues constantly in use throughout Shelby County, the Shelby County Commission, along with the National Weather Service and Shelby County Department of Development Services Emergency Management jointly agreed to adopt the lightning safety policy.

The policy was approved at the July 13 Commission meeting and applies to all Shelby County outdoor venues including county parks, and outlines what actions should be taken if a lightning event were to occur.

“We have lease sites that operate youth programs at our parks mainly with baseball, softball, soccer, lacrosse and we have tenants at our parks for special events,” said County Manager Alex Dudchock. “We started receiving pretty consistent inquiries concerning the lightning safety policy that these tenants should be practicing relative to their operation. It became evident to me that we had always required them to be responsible for that and we had no role in that because we had no public employees present relative to help them administer a lightning policy. This doesn’t change that, but it puts the minimums in place that we expect them to do relative to lightning prevention and lightning protocols.”

According to the National Weather Service, there have already been 22 lightning related deaths in the United States in 2015, with five months still remaining in the calendar year. This number is significantly higher than 2014, in which there were 26 total lightning deaths in the U.S.

In 2015, Alabama has seen three individuals killed from lightning related causes, which is tied with Florida and Colorado for the most lightning fatalities per state.

Shelby County EMA Supervisor Hub Harvey was one of those who helped put together the lightning safety policy and he said that the county looked at different sample policies including those at the NCAA and professional sports levels to help draft the policy.

“This is a new lightning policy and the National Weather Service now suggests ‘when thunder roars, go indoors,’” said Harvey. “We’re trying to use that now and by the time lightning is within eight miles, we’d like to see people go inside.”

The policy states, “As a minimum, all facilities should be evacuated by the time lightning is within six miles of the field.”

The policy also suggests tenants and coaches to be weather informed by downloading a free weatherbug smart phone app.