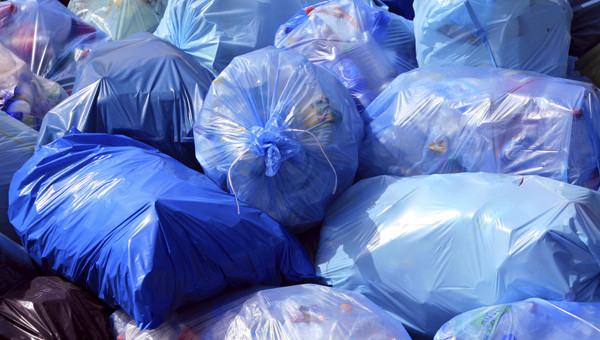 The Hoover City Council approved a contract with Santek to provide waste collection and removal services for the city. (File)

HOOVER—New trash and recycling receptacles and more trucks are just a few of the things Hoover residents can expect to see from the city’s new waste collection and disposal service provider, Santek/Waste Services of Alabama.

The City Council unanimously accepted a nearly $6.9 million bid from Santek during a July 20 meeting. Although not the lowest of the 11 bids returned to the city for waste services, the bid from Santek was the lowest meeting all bid specifications, including garbage and recycling pick up and disposal, leaf collection, debris collection and 50,000 new trash and recycling carts.

Although the contract with Santek is $420,292 more than the city’s current contract with Republic/BFI, Santek offers more services, including more knuckle-boom trucks and leaf collection trucks.

“We’re also getting new receptacles for every resident in the city,” Lyda said. “We haven’t had a new trash can in 12 years.”

With a total population of more than 84,000, Hoover will be the largest city Santek has served. The company currently provides waste collection and disposal services for cities in Tennessee and for Gardendale, which has a population of nearly 14,000.

Although the company has not served a city as large as Hoover, the management team is comprised of individuals with extensive experience in the industry, including service to cities of a comparable size, Lyda explained.

“We have a lot of confidence they will perform quite well,” Skelton said during the July 20 meeting.

The city of Helena is looking to update a few laws pertaining to door-to-door sales and soliciting within city limits.... read more