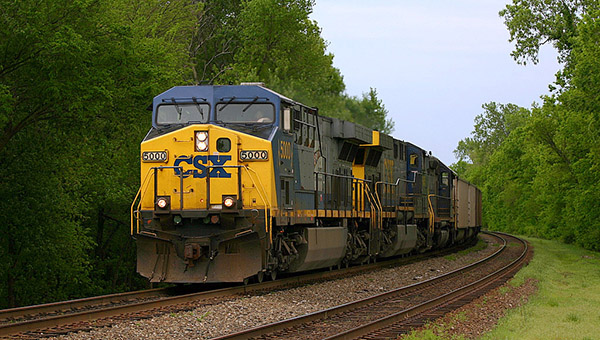 ALABASTER – City leaders said they are planning to meet with representatives from the Norfolk Southern and CSX railroad companies in the coming weeks in an effort to cut down on the number of trains blocking crossings in the city for extended periods of time.

During a July 23 work session, City Council members expressed concerns about trains blocking crossings in the city, and said they may turn to state legislators in an effort to pass statewide regulations on train crossings.

“It doesn’t seem like a day goes by that social media doesn’t blow up with people complaining about trains,” Council President Scott Brakefield said. “We’ve got to get help from (state Reps.) April (Weaver), Mike (Hill), Matt (Fridy) and (state Sen.) Cam (Ward).”

Alabaster City Manager George Henry said he would like to see Alabama follow other states, such as Mississippi, in passing stricter statewide regulations on railroad companies.

Mississippi law currently outlines regulations, such as the amount of time a train can block a crossing before the train must uncouple to allow traffic through, Henry said.

However, because trains primarily fall under federal guidelines, Alabaster took to its Facebook page on July 21 to encourage its residents to contact the Federal Railroad Administration at Fra.dot.gov/Page/P0006 in the event of a blocked crossing.

“Unfortunately neither railroad falls under municipal jurisdiction so we cannot simply ticket or, as some suggest, park a fire truck over the tracks,” read the Facebook post. “The city is committed to doing what it takes to create a balanced answer to this problem.”

Henry said trains traveling through the city have gotten longer as the economy has improved over the past few years, and said the city does not have enough space for some trains to park.

“We’ve got places to stop if you’re 1.1 miles or less. But any longer than that, if you’re stopping, you’re blocking,” Henry said, noting the Alabaster police and fire departments regularly post updates on blocked crossings on their Facebook pages. “They are running trains that are extremely long.”

Henry praised the CSX regional government relations representative for working to address the city’s concerns, and said Alabaster leaders are planning to meet with representatives from both CSX and Norfolk Southern in the coming weeks.

“We’ve just got to find a common compromise,” Henry said. “They’ve got to run, but so do firefighters and ambulances.”

As of July 23, a call to a CSX media spokesperson had not been returned.