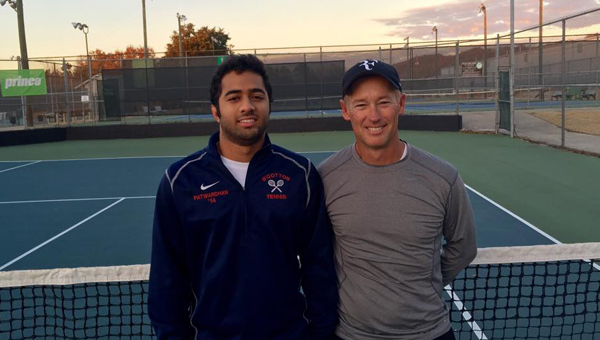 Ken Vines, with the Pelham Tennis Center, said they are excited to host this event again. The championship tourney has been played in Pelham for about 15 years, according to Vines, although there is an open bid each year for the tournament.

Registration for the tournament is due by Monday, July 27. Entry is $25 for singles and $40 per team for doubles. Players must be at least 19 years old to participate in the championships and must be residents in Alabama.

Players will have first match consolation on all singles draws, but single elimination on all doubles draws. Players are limited to one singles and two doubles events and this tournament counts double on points.

Vines said that tennis players have many tournaments during the year, but this one is worth twice as much for ranking purposes. Because it is worth so much more, he said the tourney is pretty popular, drawing some players from Huntsville and Mobile.

Although most tournament numbers are down right now, Vines said Pelham always tries to make the championship tournament enjoyable for the players. They feature nice trophies, and Bare Naked Noodles Café will cater this year lunch.

Vines said he hopes to see Pelham Tennis Center’s own Steve Faulkner in the tournament. He’s been a pro tennis player at the center for about 12 or 13 years, and he played for Gadsden State in college.

For more information or to register for the tournament, call the Pelham Tennis Center at 620-6428.

Sam Steele and Rachel Cunningham both have qualified to attend the Olympic trials next summer in Omaha, Nebraska for a... read more