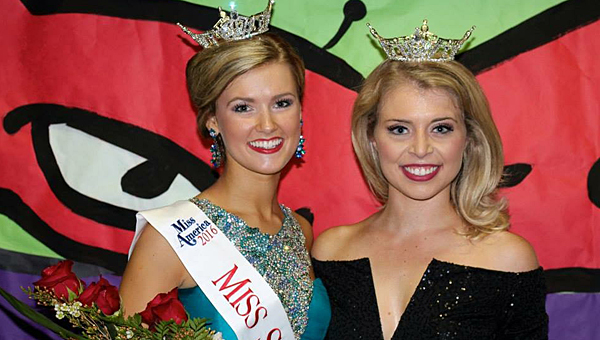 “All the girls did a great job,” Ford said of the pageant.

Ford, who knew Barber before the pageant, said she believes Barber will excel as the newest Miss Shelby County.

Ford, a longtime Helena resident and 2010 Pelham High School graduate, served Shelby County by promoting her platform for cancer research and doing a variety of work for Relay for Life, which aims to “raise much-needed funds and awareness to save lives from cancer,” according to the organization’s website.

This will be the last year of competition for Ford, who ages out of the program this year.

“I’ve had a great experience competing in the Miss Alabama pageant, and I’ve been able to win a lot of scholarship money,” Ford said of her involvement with the program.

Ford, who received a bachelor’s degree in broadcast journalism from Troy University, is currently applying and interviewing for jobs.