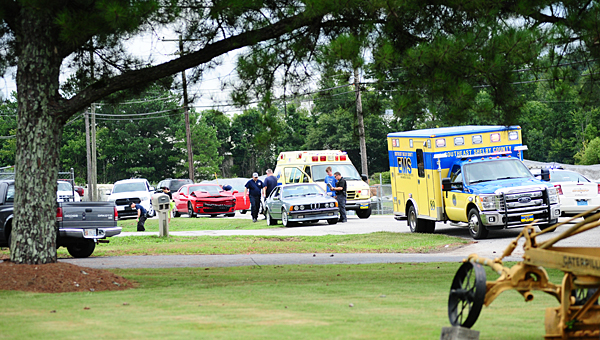 COLUMBIANA – No injuries were reported in a two-vehicle wreck on July 24 on Alabama 70 in Columbiana, but the incident caused a brief traffic jam along one of the city’s main corridors.

The wreck happened at about 12:30 p.m. when a red, late-model Dodge Challenger struck the back of a 1980s-model BMW 6-series in front of the Shelby County Co-Op business about a mile north of downtown Columbiana.

The collision closed the northbound lane of Alabama 70 for about half an hour, as police were able to re-open the road shortly before 1 p.m.

Columbiana Police Department Dispatch Supervisor Lance Brown said no injuries were reported in the wreck, and nobody was transported to the hospital.

RiverPoint Church is expanding its parking lot and its lobby to accommodate the current growth of the congregation. (Reporter Photo... read more