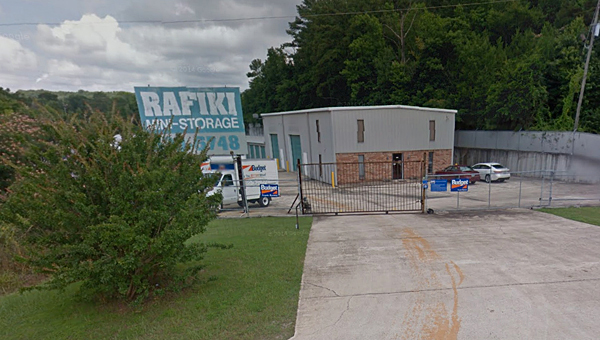 Alabaster moved on July 27 to settle a lawsuit brought against the city by the Rafiki Associates company in 2006. (Contributed)

A lawsuit brought against Alabaster by a business owner in 2006 will be settled for $175,000, after the City Council voted unanimously to pursue settlement of the case.

During its July 27 meeting, council members voted to authorize Alabaster Mayor Marty Handlon “to negotiate, finalize and sign all documents necessary to settle” the lawsuit.

Handlon said the city’s will cover the attorney’s fees in the settlement, while Alabaster’s insurance company will cover monetary damages.

The Rafiki Associates company, which operates a storage facility off Ninth Avenue Southest fronting Interstate 65 across from the Propst Promenade shopping center, brought the lawsuit against the city in September 2006.

In the lawsuit, Rafiki claimed the city allegedly transported machinery to the business’s property in April 2006 and began “digging ditches and installing pipe for a sanitary sewer line without any form of advance notice to plaintiffs or their agents.”

According to the company’s complaint, the city claimed it had installed a sanitary sewer line and manholes on the property before Rafiki Associates purchased the property between 1986 and 1992. “However, the city of Alabaster has been unable to provide plaintiffs with any documentation which establishes an easement across said premises,” read the complaint.

The company claimed Alabaster had taken its property “without payment of just compensation,” and claimed the city’s actions had diminished the value of the Rafiki property while “benefiting adjoining landowners who maintain and operate commercial properties.”

Through the lawsuit, the company is seeking “reasonable compensation for the taking and injuring or damaging” of its property.

In a response filed in March 2007, the city denied the company’s complaints, and claimed the city was “given permission by the landowner to install the subject sewer line.”

The lawsuit was set to go to a jury trial at the Shelby County Courthouse in Columbiana on July 27.

Handlon said the engineer who installed the sewer line and the original landowner of the property are both deceased, and said the city was unable to locate documentation to be used for the city’s defense in the matter.

The settlement will include a new survey of the land to determine where the sewer lines and city easements are, Handlon said.

“I hope this serves as a lesson to not ignore problems, because they only grow more costly,” Handlon said, noting the city paid nine years in attorney fees in the settlement. “We should deal with problems as they arise when being good stewards of public funds. It broke my heart that we had to spend taxpayer money on this.”