COLUMBIANA – A pair of California residents will be on supervised probation for the next half-decade after they pleaded guilty to using stolen identities to purchase items from an Alabaster shopping center.

The Alabaster Police Department arrested 32-year-old Desmond Todd Gardner, Hamilton and Morris in Alabaster’s South Promenade on May 1 and charged them with several felony counts.

At the time the three suspects were arrested, the Alabaster police said the trio likely was operating from the Montgomery area, and was working along the Interstate 65 corridor.

Gardner and Hamilton allegedly were in possession of a small amount of marijuana when they were arrested. Morris tried to flee officers at the Target store, and was apprehended in the area behind the Best Buy store a short time later, according to Alabaster police.

Gardner and Hamilton list the same address on Burbank Boulevard in Woodland Hills, Calif., and Morris lists an address on Abourne Road in Los Angeles.

As a result of their guilty pleas, Morris and Hamilton will spend the next five years on supervised probation, and must pay $530 apiece in restitution. Their remaining charges were dropped through a plea agreement.

Hamilton originally was facing the two felony identity theft charges, three felony counts of fraudulent use of a credit or debit card, one felony count of second-degree forgery and one misdemeanor count of unlawful possession of marijuana.

Gardner is facing two felony charges of identity theft, three felony counts of fraudulent use of a credit or debit card and one misdemeanor count of unlawful possession of marijuana.

As of July 27, Gardner was being held in the Shelby County Jail on bonds totaling $180,000, and was scheduled to appear in Shelby County Circuit Court for a preliminary hearing on Sept. 23 at 8:30 a.m. 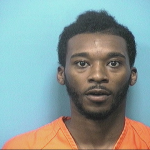 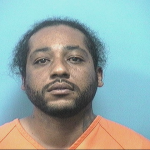 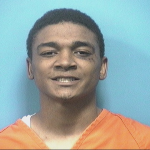 Overflow dumps thousands of gallons of sewage into Buck Creek

Between 3,000 and 4,000 gallons of sewage overflowed into Buck Creek after a power outage at the Pelham Wastewater Plant.... read more