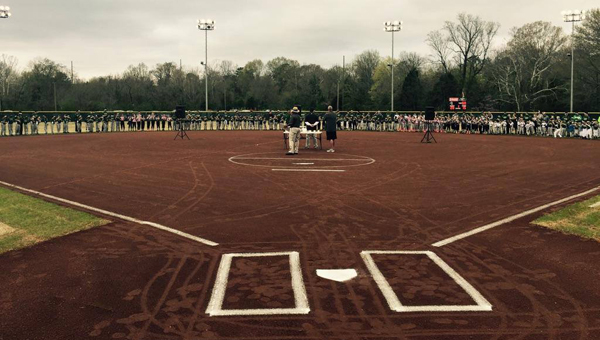 PELHAM—Fall ball is back as registration begins Aug. 3 for Pelham Park’s fall baseball and softball league. The season will begin around Sept. 21 and all participants will play about eight to 10 games, or two games a week for four weeks, depending on the number of teams.

Players, age 5-8, can register Monday through Friday until Aug. 22 to be a part of the league. Registration costs $80 and includes a t-shirt, umpire fees, field maintenance and lights. Interlocked games with Helena and Alabaster will be played during the week on Monday, Tuesday and Thursday. At the end of the season, there will be a single elimination tournament close to October 23.

“Oh yeah, we are always excited to do something for the kids out here,” said park and recreation director Billy Crandall. “Right now we have the joint soccer deal with the Y team, and we have our youth football and cheerleading that just started.”

The youth league will be focusing on the basic fundamentals of baseball such as hitting, throwing and fielding, and last year many of the Pelham High School baseball players came to the games and helped out.

Pelham Park’s baseball league has been around for about three years, and Crandall said they have varied participation through the years from 40 to 25 kids. He also said Pelham has received interest from some of the older age groups.

“The reason that our participation in fall goes up and down is a lot of our kids that play spring ball will play football or soccer in the fall,” Crandall said. “So our fall ball we’ve had some kids who have played one year and not the next.”

Most of the cities do fall ball for ages 5-8 because there is not enough interest in the older age groups, according to Crandall. This year, however, he is going to create a list of 9 to 12-year-olds and attempt to create a team. He said he’ll also call around to some of the other cities to see if they can put together a team to play.

To set up an appointment to register your child, call 620-6426. For more information, visit Pelhamonline.com/parks-recreation/youth-baseball-softball.