WESTOVER—The town of Westover will soon have its first paid city clerk. Mayor Mark McLaughlin has been busy sifting through the applications received for the position. 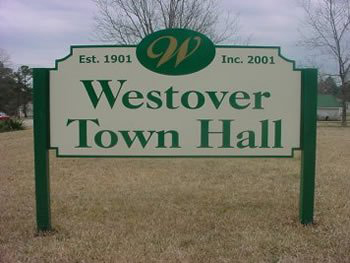 “Now we’re going to start going through the applications,” McLaughlin said, noting he will also conduct interviews with candidates. “I would be hopeful we could hire someone for the first week of August.”

The paid city clerk position is a first for Westover, which was incorporated in 2001.

“We’re a very young city. For the first 10, 11, 12 years, so much had to be done as a secondary job or a volunteer job,” McLaughlin explained. “The time was right for (hiring a paid city clerk). It was a good time for that.”

The city clerk will work at town hall and will have a variety of responsibilities, including record keeping, filing town meeting minutes and ordinances and keeping up with town accounts, but McLaughlin said he thinks the position will “evolve, grow and develop as time goes by.”

The new paid city clerk position was created to meet the increasing workload and needs of the growing town.

“We’re trying to balance the workload with the staffing,” McLaughlin said. “That’s just going to help us take the burden off some of the others.”

Although the U.S. Census lists Westover’s population as 1,387, McLaughlin said he believes the town’s population closer to 2,000.

“From (the time we incorporated) we’ve added several subdivisions,” McLaughlin said. “Over the last few years, we’ve calculated that we have 2,000 people.”

And the growth isn’t stopping. McLaughlin said he anticipates more development in the community in the coming years.