Motorcycle accident on I-65 results in one fatality

PELHAM— A single-vehicle crash on Interstate 65 in Pelham, claimed the life of 51-year-old Rhonda Ballenger Maddox on July 28. 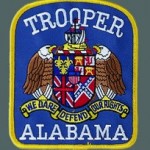 The Logan resident and her husband, 55-year-old James Maddox, were traveling south on I-65 when James Maddox lost control of the 2001 Honda motorcycle at approximately 11:07 p.m. Rhonda Maddox was riding as a passenger.

Both James and Rhonda Maddox were thrown from the motorcycle near mile marker 239 just north of Pelham, according to Senior Alabama State Trooper Chuck Daniel.

James Maddox was transported to the University of Alabama Medical Center in Birmingham. Rhonda Maddox died of her injuries.

Daniel said this accident is still under investigation and the Alabama State Troopers will release additional information as it becomes available.