PELHAM—As of Aug. 1, the Montevallo and the Greater Shelby County Chambers of Commerce will form a partnership and begin working more closely together, according to an announcement made July 30. 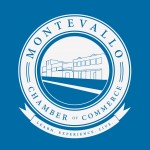 Former Greater Shelby Chamber Chair Bill Keller first reached out to the Montevallo Chamber in December 2014, according to Steve Gilbert, executive director of the Montevallo Chamber. He said there were four to five meetings with the volunteer leadership where they discussed the benefits of the partnership.

“This collaboration – as well as the work we’re doing with the Calera Chamber – allows us to follow through on many of the goals laid out in ShelbyOne, our five-year Strategic Plan, which is designed to ensure quality employment, retain existing businesses and ultimately continue moving all of Shelby County forward,” said Greater Shelby County Chamber 2015 Chair Lisa McMahon.

The chambers will work together on an array of programs for their respective memberships, providing additional opportunities for both organizations. Greater Shelby County Chamber will provide support internally with additional staffing.

“It is truly meant to be a win-win for the organizations and for the membership,” said Kirk Mancer, president and CEO of the Greater Shelby Chamber. “We are fulfilling one of our key components, to work in partnership with other business type groups.”

The Montevallo Chamber has about 100 members compared to Greater Shelby’s membership of about 1000. Gilbert said he is looking forward to participating in programing Montevallo previously has not had access too.

“They are 10 times the size, and certainly have a deeper wealth of resources,” Gibert said. “It’s going to allow our members to have greater visibility in the county.”

The Greater Shelby County Chamber also has a partnership with the Calera Chamber of Commerce. Now all three chambers can work collaboratively and offer members greater exposure countywide.

The first event all three chambers will host is the Eggs and Issues Breakfast Aug. 11 from 7:15-8:30 a.m. at the Pelham Civic Complex and Ice Arena. Senator Jefferson Sessions will provide an update on Washington.

“We believe this expanded partnership with the Greater Shelby County Chamber will be extremely beneficial to our Montevallo Chamber members,” Gilbert said. “The increased opportunities our members will receive — access to business information, workshops, increased visibility county-wide — coupled with additional staff support for our programs and events will prove valuable and worthwhile for all businesses in Montevallo.”

Alabaster is continuing to see a surge in its number of new home building permits. (Contributed) By NEAL WAGNER /... read more