ALABASTER – The 19-year-old victim in a July 29 baseball bat beating died at Princeton Baptist Medical Center on July 31, elevating an assault charge against a 16-year-old suspect to a murder charge. 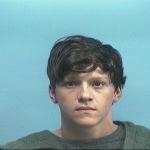 William Neff, 19, of Maylene, died at the hospital at about noon on July 31 after undergoing emergency brain surgery in an effort to save his life on July 30, according to Shelby Baptist Medical Center employee Robin Smith. Smith said she is a friend of the victim’s family.

“He was just a great all-around kid,” Smith said during a July 31 phone interview, noting Neff was an employee at Pelham’s Warehouse 31.

An Alabaster teen has been charged with murder in the case after he allegedly beat Neff with an aluminum baseball bat during a fight at “the slab” in western Shelby County.

The Shelby County Sheriff’s Office arrested 16-year-old Eric Matthew Blackerby, who lists an address on Shelby County 17 in Alabaster, on July 30 and originally charged him with one felony count of first-degree assault.

The charge was upgraded to murder after Neff died on July 31, and Blackerby is being charged as an adult in the case.

During the incident, Blackerby allegedly struck Neff in the head with an aluminum baseball bat during a “violent attack,” according to his arrest warrant.

SCSO Lt. Clay Hammac said deputies received a call reporting a victim had been taken to Shelby Baptist Medical Center with severe injuries at about 1:40 a.m. on July 29 following an altercation at the area commonly known as “the slab” in western Shelby County near West Blocton. Blackerby initially was treated at Shelby Baptist before he was transported to Princeton Baptist.

Hammac said SCSO investigators interviewed witnesses who saw the fight, and used the information to identify Blackerby as a suspect.

“The defendant is believed to have a propensity for violence and is a danger to the public at large,” read a bond recommendation filed by the Shelby County District Attorney’s Office with Blackerby’s arrest warrant.

Murder is a Class A felony, and is punishable by up to life in prison upon conviction. 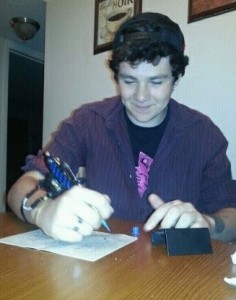 The Taste of Pelham allows caterers and restaurants to interact with new faces and create a new customer base. (Contributed)... read more