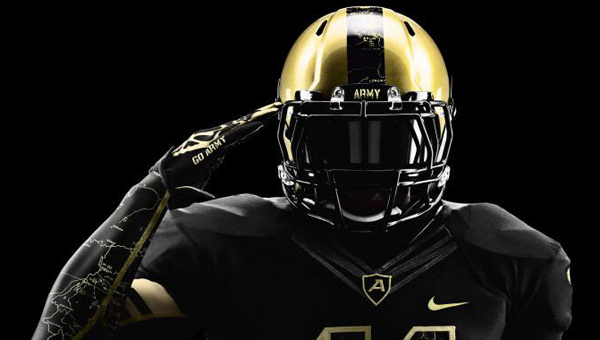 By JORDON SEMIEN / For the Reporter

CALERA — Recruiting season never truly ends in central Alabama, especially with a wealth of talent at every school in the area. Colleges come calling from around the U.S. for the next big weapon to boost their teams. For Calera High senior Kyle Harrell, the first school to come calling could be the most memorable.

In a state dominated on either side by Tigers and Tide alike, Harrell’s first offer came from an academy in the north. “I wasn’t expecting it, because I hadn’t heard from them all offseason.” Harrell said as he recounted the phone call from The United States Military Academy at West Point.

Harrell added that his first reaction was “pure excitement” at the scholarship offer. “I was really excited about it,” he said. “And so is my family. It’s a really good opportunity.”

As the fall semester draws closer, Harrell plans to make his official visit the academy before the end of the term. While Alabama A&M has also extended an offer to Harrell, his school rankings remain the same. “West Point would be number one, Alabama A&M would be number two.” Harrell added.

While the offer may be a surprise to many people, Calera head coach Wiley McKeller knows the work Harrell has put in earned him this opportunity. “He’s a very conscientious kid,” McKeller said. “He’s a good student, a good role model for all of our younger players; he’s one of those kids that does all the right things.”

An offer from a military academy comes with a hefty price tag, but opens a world of opportunities to those that answer the call. Countless government officials have played for the prestigious Commander-in-Chief’s Trophy.

“Those academy educations are the top of the line.” Coach McKeller said, “They’re the best you can get, and as cliché as it might be to say, if you ever wanted to be a senator, a president, or somebody like that, these are the type of schools that these people go to.”

Harrell split time in the backfield and defensive secondary last season, totaling just over 500 yards at running back and adding a pair of interceptions at safety. But for Harrell, while the national recognition is nice, the end goal remains the same: winning games.

“I want to make sure that I’m a good enough leader so that when we face a team that’s just as good as us the leadership proves enough.”