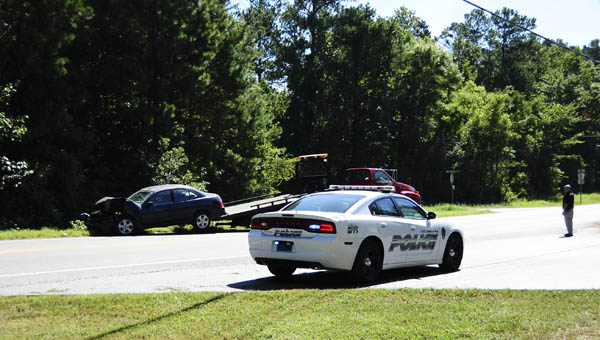 Two people were taken to the hospital for non life-threatening injuries after a two-vehicle crash on the morning of Aug. 3 on Alabama 70 near the Shelby County Department of Human Resources. (Reporter Photo/Emily Sparacino)

COLUMBIANA – Two people were transported to Shelby Baptist Medical Center from the scene of a two-vehicle crash on Alabama 70 near the Shelby County Department of Human Resources on Aug. 3.

The wreck involved a Chevrolet Blazer and Nissan Sentra.

Minor traffic delays were reported along Alabama 70 near the wreck scene.

By NEAL WAGNER / Managing Editor COLUMBIANA – A 63-year-old Alabaster man is facing a trio of felonies and is... read more