Local law enforcement agencies are currently looking for a suspect involved in three Inverness-area car break-ins and fraudulent use of credit cards. 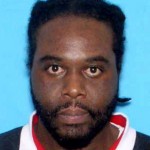 Patrick Daniel, 36, is wanted for three felony counts of breaking and entering a vehicle and 12 counts of fraudulent use of a credit card.

According to Hoover Police Capt. Gregg Rector, Daniel allegedly broke into three cars in the Inverness area on June 26, June 27 and July 7.

“In each case he used a stolen credit card,” Rector added.

On June 26, Daniel allegedly stole a purse from an unlocked car.

“He opened the passenger door of (the victim’s car) while she was nearby,” Rector explained.

On June 27 at around 8:45 p.m., Daniel allegedly broke the front passenger side window of a locked car parked in front of Academy Sports in the Village at Lee Branch and stole a purse.

On July 7 between 8:15 p.m. and 8:30 p.m., Daniel allegedly broke the rear driver’s side passenger window of a locked car parked at Inverness Corners and stole a purse containing credit cards and a checkbook.

Witnesses were able to provide Hoover police with a tag number and identify Daniel in a photo lineup, Rector said.

Police have been unable to locate Daniel. He has previously listed an address at The Bluffs at Riverview Apartments. Rector encouraged anyone with information on his whereabouts to contact their local law enforcement office and report that Daniel has outstanding felony warrants in Shelby County.

To avoid becoming a victim of a car break-in, Rector urged citizens to lock their cars and ensure that all valuables are not left in plain sight.

The Spain Park cross-country team recently returned from a three-day camp and are looking forward to the upcoming season. (Contributed)... read more