BIRMINGHAM—After an extensive investigation, the Birmingham Police Department arrested a Tuscaloosa man in connection with a fatal hit-and-run accident on U.S. 280 on Aug. 5. 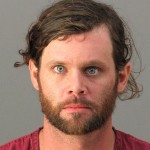 Michael Terry Canty III has been arrested and charged with one felony count of leaving the scene of an accident with injuries and one count of criminal tampering with physical evidence.

According to court documents, Canty allegedly struck a pedestrian while traveling on U.S. 280 eastbound and fled the scene.

The Birmingham Police Department received a call regarding the accident at 5:39 a.m. on Aug. 5. Birmingham Police officers and Shelby County Sheriff’s Office deputies reported to the scene at U.S. 280 and Key Drive and discovered the victim, Margaret Allison Elliot, 49, of Birmingham.

Elliot died of injuries sustained in the hit-and-run collision.

Following the collision, Canty allegedly “immediately left the scene” and drove to Brown’s Garage and Body Shop in Tuscaloosa where he “attempted to have the damage to his vehicle fixed, informing the body shop that he had struck a deer,” according to a bond recommendation form filed in the Shelby County District Court by the Shelby County District Attorney’s Office.

According to a news release from the Birmingham Police Department, Canty was arrested on Aug. 6 following numerous tips from the public.

Canty was held in the Birmingham City Jail while investigators presented the case to the Shelby District Attorney for a warrant.

Warrants were obtained on Aug. 7. Canty is currently in the Shelby County Jail on bonds totaling $120,000.