ALABASTER – A 26-year-old Hueytown man is facing several felonies and a possible sentence revocation after he was arrested by the Alabaster Police Department and charged with multiple vehicle break-ins. 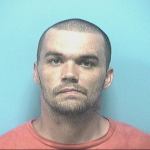 The Alabaster Police Department arrested Devin Eugene Smith, who lists an address on Virginia Lane in Hueytown, on Aug. 6 and charged him with two felony counts of theft of property second degree, two felony counts of breaking and entering a vehicle and one felony count of second-degree possession of a forged instrument.

Smith’s arrest came after he allegedly stole items from a pair of vehicles in Alabaster in late July. The suspect allegedly broke into a 2005 Ford Explorer on July 28 and a 2003 Toyota 4-Runner on July 29.

Smith allegedly stole a .40-caliber Taurus pistol and checks from the Ford Explorer, before allegedly attempting to forge one of the checks for $175 at a Pelham bank the same day.

Smith allegedly stole a wallet, a driver’s license and a Wells Fargo debit card from the 4-Runner.

Each of Smith’s five charges are Class C felonies, according to Alabama law. If found guilty, Smith could face up to 10 years in prison for each charge.

According to Work Release Program documents, Smith allegedly had multiple violations of his work release sentence, including failure to maintain employment, failing to take drug tests on four occasions, admitting to using heroin, having unauthorized leave from the program and being reported as an escapee from the program.