ALABASTER – A 25-year-old Alabaster man is facing up to life in prison after he was arrested in early August and charged with trafficking synthetic LSD in the city. 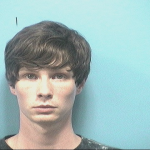 Lowrey was released from the Shelby County Jail on Aug. 7 after posting bonds totaling $142,000.

He also was charged with distributing synthetic LSD and psilocybin mushrooms on multiple occasions between December 2014 and June 1.

On Jan. 28, Lowrey also was allegedly found to be in possession of Adderall, marijuana and the controlled substance ethylone, according to his arrest warrants.

Lowrey is scheduled to appear in Shelby County District Court on Sept. 2 for a preliminary hearing.