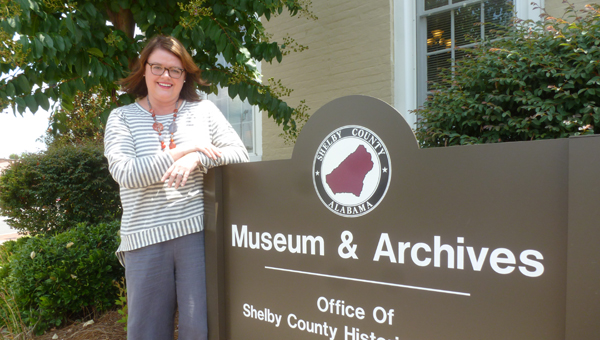 Jennifer Maier of Columbiana is the new director of the Shelby County Museum and Archives. She is training under current director Bobby Joe Seales who retired Nov. 1, after which Maier will resume full responsibilities. The museum known as the Shelby County Old Courthouse is open Tuesday through Friday, 9 a.m. to 3 p.m. and is located on the roundabout on Main Street in Columbiana. (Contributed)

At the August 2015 Shelby County Historical Society meeting, Jennifer Schoel Maier was announced as the new director of the Shelby County Museum and Archives.

She will become the director on Nov. 1, when Bobby Joe Seales retires after serving 16 years in the post.

She and husband Craft, a sales rep for Citizen Watches, moved to Columbiana on Aug. 30, 2013, where they are active members of Columbiana United Methodist Church.

The Maier home was on the Columbiana Christmas Tour of Homes in December 2014.

She is an avid pet lover owning three dogs, and a new and budding gardener.

Maier was at the July CMPA meeting when she heard Seales tell about the director job opening.

“I thought this might be a job I might like,” said Maier. “I grew up in Jefferson County, but Shelby County feels right in my soul. I volunteered on Liberty Day at the museum, and we had over 1,500 people visit the museum. That day was so much fun and it sealed the deal for me. I applied for the position and was so thrilled when I was accepted that I had goose bumps!”

Maier was hired by the unanimous decision of the hiring committee, consisting of Seales, Olive, Bill Justice and David Nolen, from over 51 applicants.

She will train under Seales’ leadership. The museum is open Tuesday-Friday, 9 a.m. to 3 p.m.

“Jennifer was chosen because of her qualifications, interest in Shelby County’s history and preserving that history, and her love of Shelby County,” said Seales.

“I hope that in five years I am the full-time director so busy juggling tour groups to have the need for a staff assistant and archivist to assist me,” said Maier. “The director of the museum is not a mystery, but an accepted part of the town. I hope to take the foundation that Bobby Joe built and turn it into a destination.”