Man out on bond for theft charges rearrested on drug charges

COLUMBIANA – An 18-year-old Alabaster man is being held in the Shelby County Jail without bond after he was arrested on multiple drug distribution charges while out on bond for theft and check-forging charges. 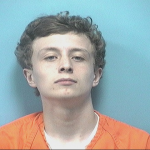 The Shelby County Drug Enforcement Task Force arrested Evan James Bomer, who lists an address on Diane Lane in Alabaster, on Aug. 11 and charged him with two felony counts of distribution of a controlled substance, one felony count of possession of a controlled substance and one misdemeanor count of possession of drug paraphernalia.

Unlawful distribution of a controlled substance is a Class B felony, and carries a punishment of up to 20 years in prison.

According to Bomer’s arrest warrants, he allegedly distributed the controlled substance suboxone from his home on July 8 and July 15. He also allegedly was found in possession of synthetic marijuana and a “bottle cap bong top” on July 24, according to the warrants.

When Bomer was arrested on the drug charges, he was out on bond on multiple theft and forger-related charges brought against him in late 2014.

He also has an outstanding possession of a controlled substance charge for allegedly possessing synthetic marijuana on Dec. 23, 2014, according to court records.

As of Aug. 12, Bomer had not been indicted on any of his outstanding charges.

Bomer is now scheduled to appear in Shelby County District Court in Columbiana on Sept. 2 for a preliminary hearing.