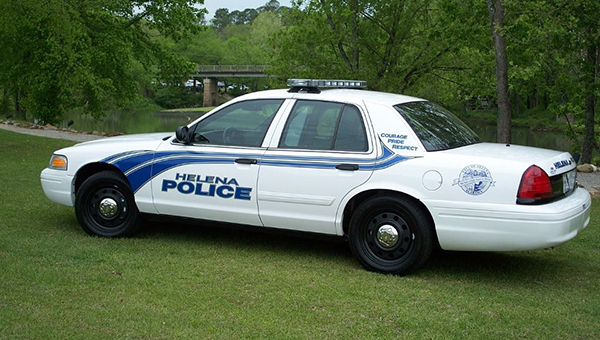 Helena Police Chief Doug Jones has decided to retire as chief after 34 years of service. (File)

HELENA–After 34 years of service to the city of Helena and the community, Helena Police Chief Doug Jones has decided to submit his letter of resignation and retire from the police force citing health concerns.

“Please accept this letter of resignation as Chief of Police for the city of Helena. It has been a privilege to serve the city of Helena. At this time, I feel the need to retire and concentrate on my health. Thank you for all of the support you have given me,” read a written statement dated Aug. 12 addressed to Helena Mayor Mark Hall.

Jones is currently using accrued vacation time and plans to retire in the coming weeks and Hall had nothing but good things to say about Jones and his many years of service to the community.

“I’ve known Doug the whole 34 years,” said Hall. “He headed up the first K-9 unit and he’s been a sergeant and lieutenant over the patrol division and lieutenant over investigations and then he was promoted to chief in 2004. He’s done a great job for Helena and he’s dedicated his whole life to the city of Helena and I just can’t say enough about a guy that would do that.”

Hall also has a police background and was with Pelham Police Department 20 years before coming to Helena to serve four years as police chief.

Jones assumed the police chief role in 2004 and Hall explained how much responsibility comes with the position.

“From the time you assume rank in a police department, and many times in the positions he was in, the job is 24/7, you’re on call, you’re expected to respond when needed,” said Hall. “There always comes a point where you’ve given so much that it’s time to take care of yourself and I think that’s what I would characterize Doug’s retirement as. He’s given up himself for 34 years and now it’s time to take care of himself and enjoy life.”

Hall said a search to replace Jones will soon take place and they will review candidates and narrow down the search based on candidates who meet certain qualifications.

“The qualifications that are somewhat unique are the fact that we will prefer a bachelor’s degree in criminal justice or a related field along with either a masters degree in public administration or a graduate of the FBI National Academy will be preferred,” said Hall. “We also would prefer applicants that have had at least eight years in law enforcement, along with at least three years of that in a upper management position within a police department. We’re going to look at a person who can interact with the community on a day-to-day basis but also handle the administrative duties associated with running a modern community oriented police department.”