PELHAM— Former John Carroll Catholic High School coach and teacher, Charles Dudley, was arrested Aug. 14 on a charge of a school employee engaging in sexual intercourse with a student under the age of 19. 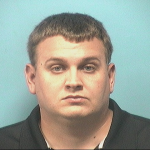 The Pelham Police Department released a statement Aug. 14, reporting Dudley’s alleged relations with a student at the school.

Rev. Douglas Vu, director of media relations for the Diocese of Birmingham in Alabama released a statement Aug. 7, stating that Dudley resigned from his position at John Carroll.

“Recently, we were made aware of an unfortunate incident regarding John Carroll Catholic High School in Birmingham, Alabama, involving one of our former students and a teacher,” the report read. “Once notified by a concerned parent of a possible student-teacher relationship while the student attended our school, we contacted our legal counsel who in turn hired a private investigator to investigate the allegations.”

Vu said that once it was determined that the allegations against Dudley appeared to be credible and criminal, the Diocese contacted the Pelham Police Department who conducted their own investigation.

Dudley also worked as a graduate assistant and assistant baseball coach for five months at John Carroll beginning in January 2011.

The Pelham man was released on a bond of $30,000 the day of his arrest. The case is still under investigation, and no further information is available at this time.

According to Alabama law, school employee engaging in sexual intercourse with a student under the age of 19 is a Class A misdemeanor. As of Aug. 17, there was no future court date listed for Dudley.