After Ward was arrested by the Alabaster Police Department, the Alabama Department of Public Safety sent Ward a letter notifying him his license would be suspended for 90 days beginning on Aug. 15.

In the complaint, Ward’s attorney with the Ellis, Head, Owens and Justice law firm in Columbiana, claimed the pending driver’s license revocation was a “premature administrative action” and claimed Ward would be “denied due process under the laws of the state of Alabama and the United States Constitution” if his driver’s license was revoked. The complaint also claimed the pending revocation “was an unwarranted penalty without any adjudication as required by law.”

In his order issued the same day Ward’s complaint was filed, Conwill delayed the license revocation “pending full hearing and rendition of final order in this case.”

During an Aug. 20 interview, Ward’s attorney, Butch Ellis, said Ward’s request to keep his license until his case is heard is not out of the ordinary for any first-time drunken driving offender.

“This is the same process we follow in any first-time DUI offense,” Ellis said. “It’s part of the process.”

In an Aug. 18 answer to Ward’s complaint, DPS attorneys asked Conwill to set a hearing to review DPS evidence, and asked him to “affirm the decision of the (DPS) director” and suspend Ward’s license immediately.

In the answer, the DPS attorneys claimed the DPS director followed standard protocol by revoking Ward’s license after receiving an Alabaster police report claiming Ward registered a more than 0.08 blood alcohol volume during the traffic stop.

According to Alabama law, the DPS director is allowed to suspend a person’s driver’s license “based on the report of a law enforcement officer.” Alabama law also allows a person arrested for drunken driving to request judicial review of the DPS director’s decision to revoke their license.

The judicial review of Ward’s driver’s license suspension is scheduled for Oct. 14 at 9 a.m. at the Shelby County Courthouse.

Ward is scheduled to appear in Alabaster Municipal Court on Sept. 9 after his Aug. 12 court date was continued at the request of his attorney. 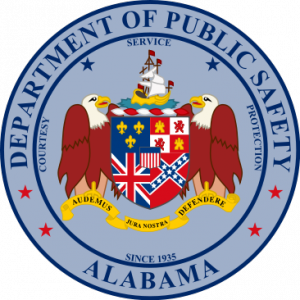