Pair charged with chemical endangerment of a child 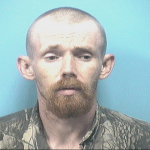 James Arthur Holstein, 34, and Misty Dawn Kerr, 22, were arrested by the Montevallo Police Department on Aug. 17 and each charged with one felony count of chemical endangerment of a child. 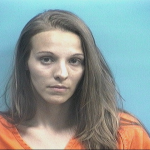 The pair allegedly exposed a child to methamphetamine, according to arrest warrants.

According to court documents, the pair “knowingly, recklessly or intentionally caused or permitted a child to be exposed to, to ingest or inhale, or to have contact with a controlled substance or drug paraphernalia.”

As of Aug. 19, both Holstein and Kerr remain in the Shelby County Jail on bonds totaling $5,000 each.

Chemical endangerment of a child is a Class C felony, if convicted Holstein and Kerr could each face up to 10 years in prison.