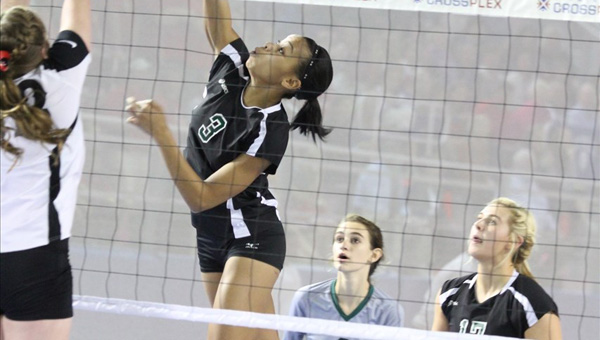 PELHAM— After coming so close to taking the state title last year, the Pelham Volleyball Team is ready to start this season at its first match Aug. 27 at home against Hillcrest and Vestavia.

“We are just trying to play to make ourselves better, and this opening night is just a good time to get two good teams in here and see where you stand,” said volleyball coach William Robinson.

The Panthers played Hillcrest last year at the South Super Regional, and as a 7A team, Vestavia is a class larger than class 6A Pelham. Robinson said it makes for good volleyball.

“We have a really strong senior class which helps when you are making a few transitions, but we’re just trying to get everyone in the right place to help them succeed,” he said.

As far as goals go, Pelham has a lot to live up to. The past two years, the team has made it the Elite 8. They were taken down in the first round two years ago and in the finals last year.

“I think after what they did last year, I think they are going to want to be in that high level in 6A and what we can do at the end of the year,” Robinson said.

Helping lead the team toward that title are seniors Erin Hines and Jordan Allison. Both girls are also part of the track program that finished first in indoor track and second in outdoor track.

Hines, an outside hitter, led the team in kills last year, and Robinson said he hopes she will lead the team again.

“She led us in kills last year as a junior and don’t see any reason why she wouldn’t be able to be one of our leaders offensively again,” he said. “So we are looking forward to seeing with Erin can do this year for us.”

Allison will be taking on a new role this year, playing the team’s libero, or special defensive player. Robinson said she’s transitioning well in that role and he is excited to see what she can do at their first match.

The Helena Huskies volleyball team looks to have another successful season in 2015. (File) By GRAHAM BROOKS / Staff Writer... read more