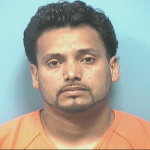 A state trooper allegedly stopped Figueroa’s vehicle as it was travelling southbound on Interstate 65 near the 233-mile marker in Calera, according to an Aug. 20 email from trooper Gary Daniel.

During a search of the driver, about one pound of cocaine was discovered. Figueroa was transported to the Shelby County Jail without incident. Figueroa is being held on bonds totaling $251,500.

He was charged with trafficking cocaine, third-degree assault and resisting arrest.

Trafficking cocaine is a Class A felony, third-degree assault is a Class A misdemeanor and resisting arrest is a Class B misdemeanor. According to Alabama state law, the suspect could serve up to live in prison if charged.

Step up your cooking this September at St. Vincent’s One Nineteen

St. Vincent’s One Nineteen is offering fun cooking programs for chefs of all ages this September. (File) By MOLLY DAVIDSON... read more