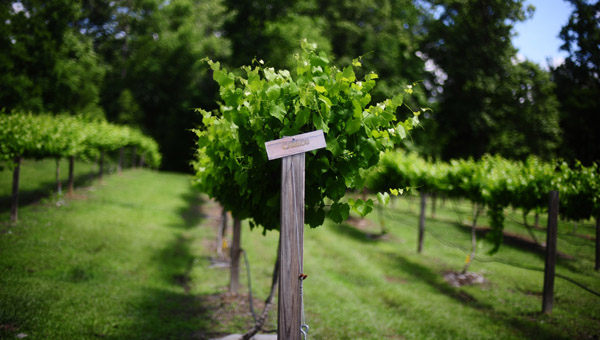 “We’re the newest and smallest winery on the Alabama Wine Trail, and this was our first competition,” Lewis Lakes Vineyard owner Bill Lewis said. “We’re just going to keep making the same wine we’ve been making and hoping our customers enjoy it like they have in the past.”

Certified judges were tasked with determining whether the particular wines they tasted merited top ratings, Lewis said. The judges did not see the bottles and did not know anything about the wines they tasted aside from the variety of grapes, the year and the sugar level.

Lewis Lakes Vineyards entered four varietals, including a red wine Lewis described as “similar to what everyone knows as a merlot” with a “very distinct taste.”

“The main one we had entered for is a hybrid vinifera, which is a California type grape as opposed to a muscadine, which is a clump grape,” Lewis said. “We had had a lot of feedback from our customers that the wine was special, and we thought it was special too.”

Wine from Lewis Lakes is available at Piggly Wiggly in Columbiana.

Lewis Lakes Vineyards is located on a 60-acre farm off Chelsea Road, about a mile-and-a-half north of the Shelby County Courthouse.

A wine tasting room is open on Saturdays from 11 a.m. to 5 p.m. and during the week by appointment.

“We’re just proud that the judges liked our wine,” Lewis said. “Fortunately, the wine competition justified what the customers were saying.”

By BAKER ELLIS / Sports Editor LOCUST FORK – The Montevallo Bulldogs got off on the right foot in 2015... read more