Out of the box: Lucy Farmer’s creativity takes her across the country 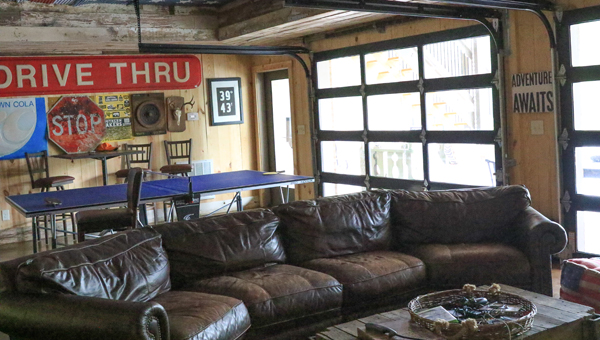 Farmer often uses salvaged pieces in her interior design work. Pictured is the “man cave” she designed in her home. (For the Reporter / Dawn Harrison)

NORTH SHELBY—So far, Lucy Farmer has had quite a year. From starring as a contestant on a hit remodeling show, to having her jewelry featured in a national magazine, to seeing her interior design business takeoff, the Shelby County resident and mother of two has been very busy. 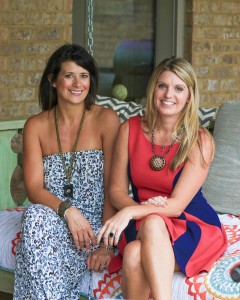 Her 2015 adventure began almost by chance when Farmer asked her friend and college sorority sister, Daphne Massey, to audition for HGTV’s Beach Flip at an open casting call in Atlanta.

“I knew she’d be the only person in America who would do it with me,” Farmer said, laughing. “We have a good little banter that we can go back and forth on.”

After receiving a call back, the two jetted to New York City for another audition, and after being chosen, it was off to Gulf Shores to film for seven weeks.

Although leaving her family for seven weeks was difficult, Farmer said the experience on Beach Flip was rewarding. Farmer and Massey competed against three teams to completely renovate a two-bedroom, two-bathroom house with a $40,000 budget.

“A big challenge was we were limited in resources… the time limits were incredible,” Farmer said, recalling 15-hour days of remodeling and designing. “That was one of the things we figured out about ourselves, we were very resourceful… You literally can do anything you put your mind to.”

Lucy’s Lockets is an architecturally-inspired line, featuring necklaces and cuffs created from a variety of small pieces of hardware, from keys and door hinges to chandelier bobeches.

“Little pieces of hardware just get lost,” Farmer said. “Its fun to find ways to take old pieces and find cool ways to use them.”

Lucy’s Lockets are sold at 23 locations across Alabama, Tennessee, Florida, Indiana and Mississippi, and are available for purchase online.

This year has been busy for Farmer, and she isn’t showing any signs of slowing down. She has plans to expand the wholesale side of Lucy’s Lockets and has been hired to redesign an industrial loft in downtown Birmingham.

“I want to take advantage of the opportunities that I’ve been given. That didn’t happen by accident… It’s just a God thing,” Farmer said. “It feels like there’s a future, it’s fun to keep myself busy and be creative and use the talents that God has given me.”

Whether designing a new piece of jewelry, creating a beautiful space for a client, or designing a home with her husband, a local developer, Farmer plans to continue doing what she loves—being creative and thinking out of the box.