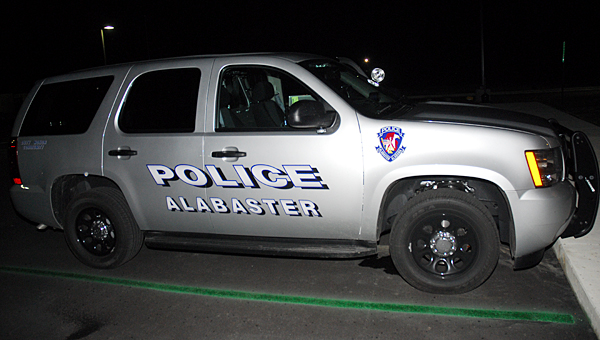 ALABASTER – The Alabaster Police Department soon will have five new Chevrolet Tahoe cruisers after the City Council approved up to $212,000 to purchase the vehicles during an Aug. 24 meeting.

City Council members voted unanimously during the meeting to approve the expense, which will come out of the city’s 2015 fiscal year general fund budget.

“They will be bought through our general fund budget, and is part of our plan to update the Alabaster Police Department’s fleet,” said Ward 3 Councilwoman Stacy Rakestraw.

The five new Tahoes, which will enter service in four to six weeks, will join five Tahoes already in service at the department. APD is planning to eventually replace its entire fleet with the sport utility vehicles.

The City Council voted in February 2014 to approve $100,000, which was already included in the fiscal year 2014 budget, to help purchase and outfit the original five Tahoes, a Ford F-150 for the department’s traffic homicide unit and a Tahoe to serve as the police chief’s vehicle.

Alabaster Police Lt. Jeff Anthony previously said the new Tahoes allow officers to carry all the equipment they need to respond to a wide range of calls, and said the larger vehicles allow officers to enter and exit more quickly, cutting down on precious seconds during an emergency situation.

Ward 2 Councilman Bob Hicks said he was happy to see the city purchase the vehicles with cash rather than financing them.

Indian Springs cross-country up in numbers