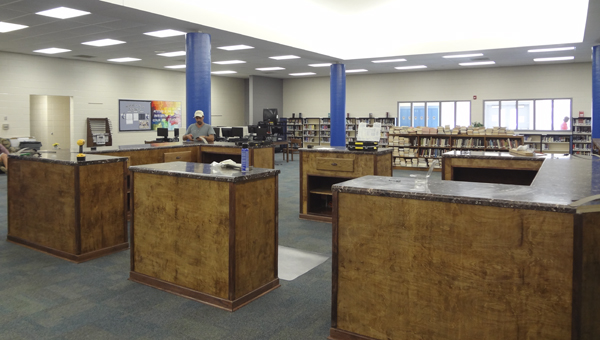 Chelsea High School’s library features a new circulation desk, carpet and paint, and will have furniture and additions to the collection in the coming years. (Reporter Photo/Emily Sparacino)

CHELSEA – Positive feedback about Chelsea High School’s library and auditorium upgrades have rolled in since school started about two weeks ago.

Work to renovate both areas of the school began in June, while students and teachers were on summer break, and likely will continue the next few years as funding is secured.

“The projects have gone wonderfully well,” CHHS Principal Wayne Trucks said. “We’ve had lots of help from the city and the school system. It’s better than I ever thought it would be.” 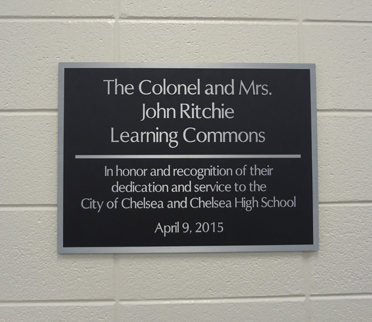 Signs inside and outside of the library bear its new name, the Colonel and Mrs. John Ritchie Learning Commons, in memory of a former CHHS teacher and his wife. (Reporter Photo/Emily Sparacino)

The library, dubbed the Col. and Mrs. John Ritchie Learning Commons in memory of a former CHHS teacher and his wife, features new carpet, paint and a wooden circulation desk carpentry students at the Shelby County College and Career Center constructed.

The countertops were installed on the circulation desk on Aug. 27.

Trucks said the upgrades are designed to create a more “reader friendly” atmosphere – a “coffee shop” type of atmosphere – in the library.

“We are probably 75 percent complete,” Trucks said. “We still have some furniture and additions to the collection we’d like to make. It’s just a process.”

The project is estimated to cost about $100,000 when completed.

Cosmetic changes including new carpet and paint have been made in the auditorium, and more changes are on the way.

“We are working on improvements for the sound system and a few other things,” Trucks said. “We’ve got a real strong threatre group … and they could do more if they had a few changes to the system.”

The school is also holding a “Legacy Seat” campaign in which people can purchase a nameplate in honor or in memory of a loved one for the backs of the auditorium seats.

“It could be another year, for the auditorium, to raise money,” Trucks said. “Cosmetic changes are done.”

Auditorium upgrades could total about $75,000.

The school’s 1,213 students already have access to the improved spaces. 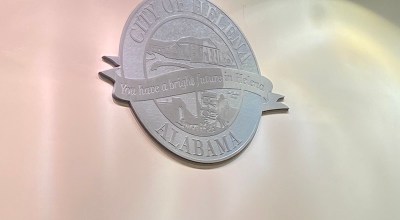 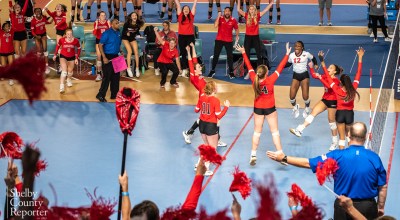 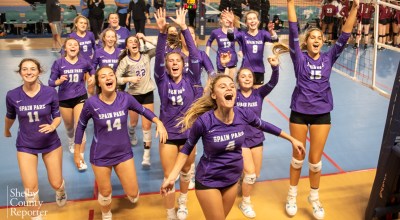