New Montevallo groundskeeper one of youngest in nation 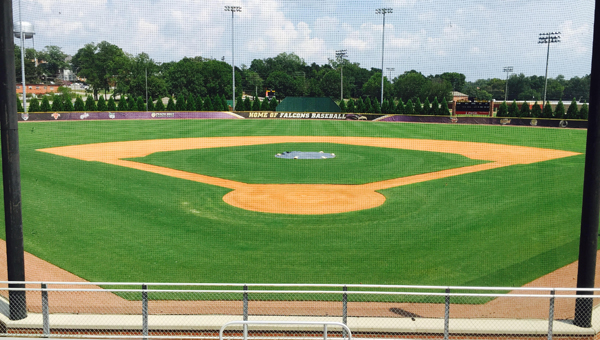 The Montevallo baseball field is one of the athletic surfaces Roper is responsible for maintaining for the University. (Contributed)

MONTEVALLO – Watching sports is an incomplete experience. Whatever level and whatever the sport, watching the product on the field or the court does not paint an entire picture of that team. The practices, time spent off the field and everything else that goes into game day is supposed to be represented in the way a team plays and executes when they’re supposed to, but it is still an incomplete, momentary snapshot of what makes up a team. 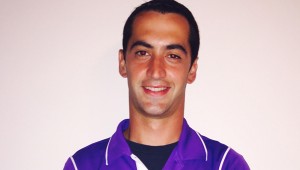 Dusty Roper took over as the head groundskeeper for the University of Montevallo in June. He is one of the youngest people in his position across the nation. (Contributed)

In the same vein are the fields themselves. On game day, we marvel at how pristine and well-kept the fields are before the games without giving much thought to the work it takes to get them in that condition. This is a world and a job description little thought about or appreciated it. There is a new, young face in this role for the University of Montevallo this season

Dusty Roper recently stepped into the head groundskeeper position at the University of Montevallo in June. At the tender age of 25, Roper is one of the youngest head groundskeepers on any college campus across the nation and is a member of the Sports Turf Managers Association.

Roper was in part able to land the job at such a young age because has been involved with this type of work for a long time. As long as he can remember in fact. Roper is from Alabaster, and his father owned BR Turf Maintenance while Roper was growing up. That allowed him to understand the inner-workings of the business from a young age.

“Even from a young age I always really liked this kind of work,” Roper said. “The older I got the more stuff I started doing. I started operating equipment at a young age, so I started a lot younger than most people would be able to.”

Roper attended Thompson High School and went to Jeff State before taking a job with Specialty Turf Supply in 2011. He was in sales with that company, and one of the customers he serviced was the University of Montevallo. He struck up a relationship with the previous head groundskeeper, who informed Roper he would be leaving in 2015.

“He let me know he was going to be leaving and asked if it was something I’d be interested in,” Roper said. “I was, I turned in an application and it worked out. What helped me out was being so well rounded with knowing all sides of the business. Montevallo is a smaller school so the more I can know the better. We do a lot of stuff in house now.”

Roper is a local. He’s from Alabaster, works in Montevallo and now lives in Calera. He has no intention of leaving the area any time soon. He in part wanted the job at Montevallo because of his days of servicing them as a client in his previous sales role, which gave him a unique outlook on the athletic program the Falcons are developing.

“One of the things that caught my eye was how rapidly it’s growing here,” Roper said. “I wanted to be a part of that and help this (program) get to the next level.”

Cheyenne Thompson, left, and Katie Nelson will lead the way for the Montevallo women’s cross-country team, which is ranked No.... read more