HARPERSVILLE—A Coosa Valley Academy student has been found alive and safe in Biloxi, Miss., after missing from her home in Sylacauga for two weeks. 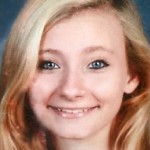 Police believe Hill ran away from her Sylacauga home with her boyfriend, and remained in Alabama before traveling to Biloxi, Miss., this morning.

“We do believe she’s been in Alabama this whole time,” Macon said. “She was still in Alabama as of yesterday.”

“She left because of all the things on T.V.,” Macon said, adding the Harpersville Police Department had notified law enforcement agencies across the country of Hill’s disappearance. “It was all across the country.”

“We recovered her this morning… she’s in Biloxi at the police department right now,” Macon said. “We’re waiting on a phone call back from them.”

Macon said Hill will be transported from Biloxi, Miss., and returned safely to her father and grandfather in Sylacauga.

The future of OMSP unclear according to officials

Supporters of Oak Mountain State Park gathered together for a press conference Aug. 27 concerning the future of the park.... read more