The future of OMSP unclear according to officials 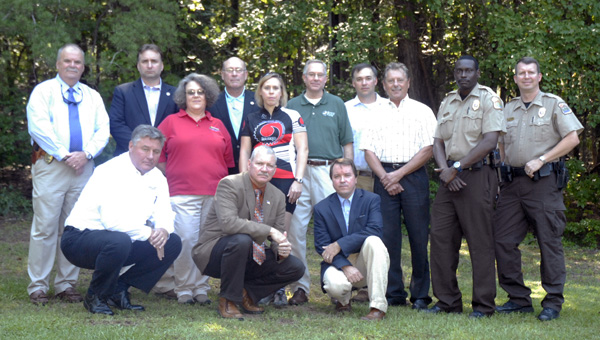 Supporters of Oak Mountain State Park gathered together for a press conference Aug. 27 concerning the future of the park. (Reporter photo / Jessa Pease)

PELHAM—Alabama State Parks leadership, local community leaders and park supporters gathered at Oak Mountain State Park on Aug. 27 to discuss the impact of budget cuts and the uncertain future of the park.

Over the past four years, about $27 million has being taken from the Department of Conservation and Natural Resources through funding diversions and cash transfers from the funds that support the department’s public programs.

Director of Alabama State Parks Greg Lein said there’s a pattern that suggests those diversions and transfers would be extended a fifth year. Lein said enduring these has already depleted the department’s reserve and emergency funds.

He said the city of Pelham has never missed an opportunity to partner with the park, and that Pelham would not be Pelham without Oak Mountain State Park. There is a Wildland Fire Academy that trained more than 1,000 firefighters, many of which he believes are helping with the fires in Aucanada, Wash.

“We’ve done our part. What Shelby County has attempted to do for this park, they have done their part,” Waters said. “What’s missing is the part that the state of Alabama should be playing in funding and properly funding the state park. That’s where the deficit is in my opinion.”

Dudchock explained that the government and legislature needs to continue at least “status quo” or level funding for the DCNR to support facility improvement needs, maintenance needs and capital infrastructure improvements just to support the existing users and the traffic the park sees.

The governor has asked for level funding, according to Dudchock, which would allow DCNR to continue partnering with Shelby County.

“I cannot believe I have to stand up here and talk about this, but unfortunately I am,” Sykes said. “The DCNR cannot be asked to bear any more of a burden than it already is. We will do less if we have less, and that’s not fair to the citizens of the state who are paying into the system, that are paying into the parks and are paying into hunting and fishing.”

Hoover City Schools and Shelby County Schools were recently ranked among the top 25 best places to teach in the... read more